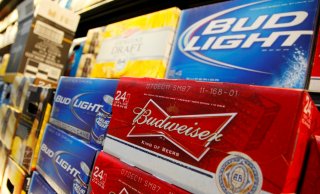 Here's What You Need to Remember: “Stimmy” or “stimmies” is a slang term for stimulus, one familiar to those who followed the Reddit/GameStop affair earlier this year. Participants in the WallStreetBets subreddit often invested their stimulus checks into GameStop and other stocks that were popular among that group, and referred to them as “stimmies.”

During the Great Recession in 2009 and 2010, it was something of a trend for companies, in their advertising messaging, to call what they were selling a “stimulus package,” or sometimes even a “bailout.” It was a way to base their advertising around something that was in the news at the time.

Dominos had a “pizza bailout” in 2009. Iron Hill Brewery offered both a “bailout” and “stimulus” to their customers, which entailed one table at each location getting a free mail.

Now, with stimulus once again in the news due to the stimulus checks that have gone out in three rounds since the start of the pandemic last year, Bud Light is getting back into the stimulus game.

According to Marketing Dive, the beer brand has unveiled what it calls the Bud Light Summer Stimmy. And this stimulus, which is about 100 pages, even sort of looks like a piece of legislation.

“Bud Light is proud to introduce the Bud Light Summer Stimmy proposal to bring back some much-needed fun and be sure everyone across America has the best summer ever,” the introduction to the “proposal” says. It will involve such offers as free beer, concert tickets, food, and other stuff that people weren’t able to enjoy last summer due to the pandemic.

“Pursuant to making Summer 2021 truly epic, Bud Light will give away up to 100,000 sports tickets (henceforth referred to as a ‘shipload’) to fans who can’t wait to see their favorite sports teams again because NOTHING goes better than Bud Light and sports,” the proposal says. “Tickets will be distributed across MLB and the NFL, NBA, WNBA, NWSL, and NHL. Bud Light acknowledges that fans of certain franchises may be more excited than others. But Bud Light assures you that THIS  IS THE YEAR.”

Unsurprisingly, NFL star Rob Gronkowski is involved with the campaign, having been named “Bud Light Secretary of Summer,” while actor Sam Richardson from “Veep” and “Detroiters” is part of the campaign as well.

"It's been a challenge, obviously, through this whole COVID period. So much of our brand is about bringing the fun, getting people together and sociability. So now that we're starting to come out of it, we decided that ... it's kind of our responsibility to bring the fun back,” Bud Light's Vice President of Marketing Andy Goeler, told Marketing Dive.

“Stimmy” or “stimmies” is a slang term for stimulus, one familiar to those who followed the Reddit/GameStop affair earlier this year. Participants in the WallStreetBets subreddit often invested their stimulus checks into GameStop and other stocks that were popular among that group, and referred to them as “stimmies.”