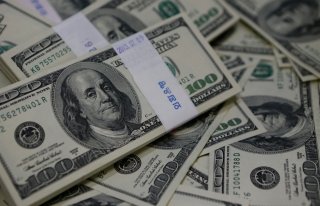 In addition to the federal stimulus packages that passed in 2020 and 2021, some states have been passing stimulus packages of their own. That includes California, which passed the Golden State Stimulus, which includes poverty-fighting programs paid for from that state’s budget surplus.

Now, Colorado is the latest state to pass a stimulus of its own, although this one doesn’t include actual stimulus checks.

Gov. Jared Polis on Monday signed the FY 2021-2022 Long Appropriations Bill, which Polis has described as the “Colorado Comeback.” It includes $800 million for the “Colorado Recovery Plan,” which includes several objectives, according to the description: “Strengthening small business, revitalizing our infrastructure, supporting Colorado families, investing in rural Colorado and developing our workforce.”

According to KUNC, Polis had originally asked for $1.3 billion in stimulus spending, a figure that ended up at $800 million following negotiations.

While the Colorado stimulus isn’t based on direct payments to citizens, like California’s Golden State Stimulus is, it is focused on restoring funding that was cut last year, pouring money into infrastructure, and investing in job and skills training.

“Colorado is ready to power the comeback, and this year’s budget paves the way for that important work. From shovel-ready infrastructure projects and investments in our children’s future to supporting for our workforce, this budget is our best one yet,” Governor Polis said in a statement.

“And we’re not just making critical investments that will help our state today, but we’re laying the groundwork of fiscal responsibility that ensures Colorado is prepared for the next crisis with a record level of reserves. I’m proud to sign this historic legislation and appreciate the bipartisan efforts of every legislator that worked to make this possible.”

“This year’s budget will help Colorado recover faster and build back stronger from the pandemic by funding the $800 million Colorado Comeback state stimulus plan, investing in mental and behavioral health, and putting nearly $1 billion into K-12 and higher education,” Rep. Leslie Herod, D-Denver, a state legislator, said in the announcement. “This budget focuses on equity, boosting services and opportunities for the Coloradans who have been hit the hardest in order to forge a just and inclusive recovery.”

In addition to the legislation passed at the state level, Colorado also received money from the federal stimulus package.

According to The Denver Channel, Colorado is receiving about $17 billion from the American Rescue Plan, for state and local governments.

“They weren’t able to invest in jobs and infrastructure. Well, that’s exactly what we need to do and that’s exactly what a lot of members are going to be able to do with some of these dollars, as well as restore a lot of municipal programs and services that were reduced,” Kevin Bommer, the executive director of the Colorado Municipal League, told the website.