New Hampshire: No Income Tax, No Sales Tax (And Lots Of People Moving In) 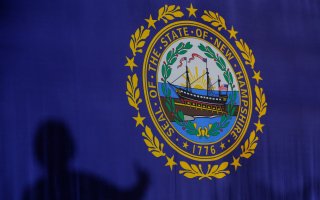 New Hampshire has one of the most restrained governments in the nation. The state’s relatively small government is unique in the Northeast.

Less government means more freedom for New Hampshire residents. In Cato’s Freedom in the 50 States report, which assesses economic and social freedoms, New Hampshire is ranked #2, while Massachusetts is #23, Maine is #39, Vermont is #46, and New York is #50.

I discussed these policy issues with New Hampshire Governor Chris Sununu in a recent Cato forum. Sununu earned the highest score in this year’s Fiscal Report on the Governors.

Sununu recently noted, “It is no surprise that people are fleeing high‐​tax states across the country and coming to the Live Free or Die State. We have no income tax, we have no sales tax, we have a high quality of life. This is what we call the New Hampshire Advantage.” Fewer tax bases generates less fuel for government growth.

A related factor supporting freedom in New Hampshire is the decentralized nature of its government. The chart shows that 59 percent of state and local tax revenues in New Hampshire are local versus just 42 percent across all states. Decentralization generates healthy competition between local governments and keeps political power and decision‐​making close to the people.