The Nimitz-class Aircraft Carrier Is the U.S. Navy's Super Weapon 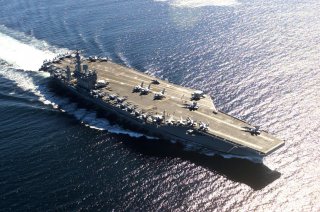 Here's What You Need To Remember: While the last of the Nimitz-class carriers has been commissioned, and the class will eventually be replaced by the Gerald R. Ford-class, these ten carriers will still strike fear into potential U.S. adversaries for many years to come.