No F-35 for You: Iran Is Far Away From An Indigenous Stealth Fighter 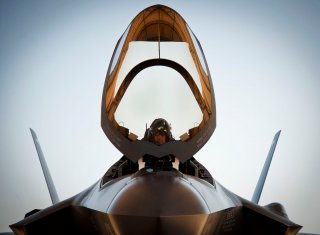 Here's What You Need To Remember: Attempting to develop a working stealth jet from scratch is probably the most expensive and least practical solution to address those challenges. Meanwhile, Tehran’s predilection for fabricating easily disproven evidence of its military capabilities testifies to the revolutionary state’s enduring sense of insecurity.

Sébastien Roblin holds a master’s degree in conflict resolution from Georgetown University and served as a university instructor for the Peace Corps in China. He has also worked in education, editing and refugee resettlement in France and the United States. He currently writes on security and military history for War Is Boring. This was first published in 2018 and is being republished due to reader's interest.