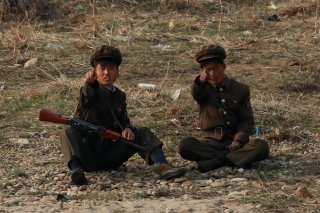 Here's What You Need To Remember: “Just as Islamist terrorists are smuggled into Europe with the refugees—and there is plenty evidence of this—North Korean intelligence services naturally also try to smuggle their agents among these people.”