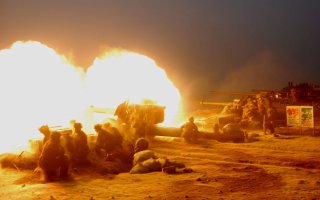 Here's What You Need to Know: A North Korean artillery barrage could inflict as many as 250,000 casualties in Seoul alone.

Pyongyang back on May 9, 2019 launched a second “projectile,” South Korean officials said.