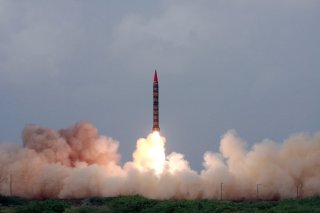 North Korea, being one of the world’s harshest authoritarian states, has responded to the challenge posed by the coronavirus pandemic by swiftly locking down its borders and continues to suggest it has had zero infections—a highly improbable claim.

All indications are that the pandemic has spread inside the hermit kingdom, adversely affecting its economy, and forcing Pyongyang to reduce trade support across the Yalu from China. As a result, the insular North Korea has become even more insular under the coronavirus. Yet it has also given the Kim dynasty greater opportunity to cement its grip on power, and the brutal authoritarianism of the North Korean regime has actually aided in slowing the spread of the virus—or, at least slowing the spread of the international community having information on what exactly is going on beyond the 38th parallel.

Of course, the pandemic is far from over. There are potential risks from rapidly emerging coronavirus mutations that could see more lethal and infectious variants, which in a worst-case, could circumvent the efficacy of vaccines. With this in mind, the regime is likely to keep barriers to the outside world well and truly up. At the same time, the regime faces a dilemma. Whilst its highly unlikely that there would be an opening up—either of borders, or of mindsets—in dealings with South Korea, or the broader outside world, the Kim family needs to focus on rebuilding the national economy as a means to ensure loyalty to the party. Already Kim is referring to this process in terms of another ‘Arduous March’, a phrase that previously referred to the 1990s famine which potentially killed up to 3.5 million North Koreans.

In terms of Pyongyang’s relationship with the Biden Administration, the expectation is that in spite of the impact of the pandemic, the regime will not adopt a softer line or engage in any meaningful dialogue, but instead fall back on missile and nuclear provocations. Certainly, there is zero prospect of North Korea ever agreeing to denuclearisation, under any circumstances, even as the Biden Administration continues to seek this goal. The 2021 Office of the Director of National Intelligence Threat Assessment makes clear that “…Kim Jong Un views nuclear weapons as the ultimate deterrent against foreign intervention and believes that over time he will gain international acceptance and respect as a nuclear power.”

It is more likely that the regime in Pyongyang is considering resumption of both long-range ballistic missile and potentially nuclear testing as a means to pressure the Biden Administration into making concessions in any future diplomacy. All indications are that the regime has unilaterally ended its self-declared moratorium on long-range missile tests, and a series of short range ballistic missile and battlefield rocket tests in the past two years were useful in demonstrating North Korea’s military prowess and also testing technologies applicable to longer-range missile capabilities.

Although the North Koreans displayed a monster-size liquid-fueled Hwasong 16 missile at the regime’s 75th anniversary parade in 2020, the more significant concern would be demonstration of solid-fueled missile systems, either for launch from road-mobile trailer-erector launcher vehicles, or as submarine-launched ballistic missiles (SLBMs) from the Sinpo-C submarine. The solid-fueled Pukguksong-4 SLBM and Pukguksong 5 SLBMs have been displayed, and the development of tactical nuclear weapons, and multiple independently targetable reentry vehicle for North Korean intercontinental ballistic missiles have all been alluded to by Kim. These will require further missile or even nuclear tests.

Thus, even as North Korea confronts a new ‘arduous march’ to rebuild the North Korean economy in the face of an on-going pandemic, the nature of the Kim regime means that it is incapable of engaging in a meaningful way with the international community to aid in that endeavor. Instead, Kim is likely to resort to further provocation to coerce the Biden Administration into making concessions, whilst giving nothing back in return. For Kim, his own grip on power is more important than the well-being of the North Korean people, and his paranoia about threats to that power suggest continuing risk ahead of further crises even in the face of the continuing global challenge posed by the coronavirus.