Now This Is a Stimulus Payment: Billions in Unclaimed Property Is Out There 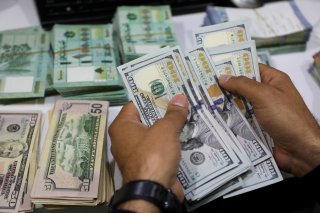 Here’s What You Need to Remember: Ridiculous, but true: according to the National Association of Unclaimed Property Administrators, the state of California is the owner of more than $10 billion of unclaimed personal property.

Other states share similar numbers. New York’s number is even higher, at $16.5 billion, and last year, Florida returned $328 million worth of personal property to its citizens.

So how does this happen?

The answer is that the state is usually the eventual recipient of unclaimed property of all kinds. When something of yours – or a deceased relative’s – is unclaimed, its holder is required to contact the rightful owner. If this fails, however, the holder is eventually obligated to turn it over to an unclaimed property office, run by the state. Property turned in this way is referred to as being “escheated”, or given to the state in the absence of a lawful owner or heir.

Types of items that can be escheated include bank accounts, stocks and bonds, checks or payments, safe deposit boxes, or even more abstract possessions such as mineral rights. In some cases, the assets are eventually sold – for instance, Florida auctions off the contents of safe deposit boxes – but there is usually no expiration date on claiming your rightful property, and even if the items in question have been sold, you can request a reimbursement of their value from the state.

Claiming said property after you’ve found it is a bit more difficult. You have to prove to the government that you are who you say you are; to do this, you usually need to apply online or by mail, including your ID, address verification, and documentation that the property is yours. Claims can take six months or longer to process, varying by state, but at the end of the day, your property is usually yours to keep.

Note that not all property can be claimed in this way – simply because some states refuse to escheat certain categories of property. Real estate and cars, for instance, are sometimes not held by state governments, so you will have to look elsewhere to reclaim them.

The NAUPA estimates that one in ten Americans has unclaimed property in the hands of the state. This fact is particularly interesting in the context of the pandemic when money is tight and debates about stimulus policy dominate TV airwaves and Google search results.