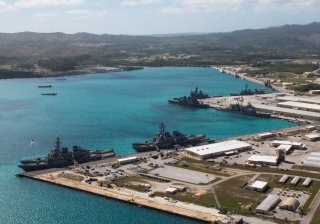 Here's What You Need To Remember: Constraints on accuracy and intel likely limit the “Guam Killer” in its present form to being more of a harassment weapon than a reliable military threat—unless armed with nuclear warheads. However, Beijing will likely increase its accuracy, numbers and supporting intel assets in time.

This article first appeared a few years ago and is being republished due to reader interest.