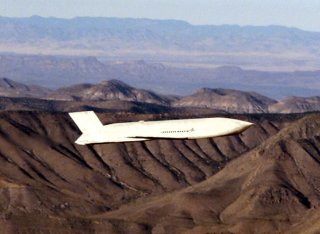 Here's What You Need to Remember: While few details regarding the software enhancements are available, it would not be at all surprising if the weapon were being further adjusted to destroy moving targets. Descriptions of the weapon already cite an ability to hit “relocatable” targets, something which introduces or refers to the tactical advantages associated with striking targets on the move.

When F-15s, B-2s and even B-52s fly armed with an aircraft-launched missile able to destroy surface targets from as far as 500 nautical miles, they are tactically equipped for serious attacks on enemy air defenses and ground forces at safer stand-off ranges. Most state-of-the-art Integrated Air and Missile Defense Systems can max out at about a 125mile range, placing armed aircraft in a position to strike with less risk of destruction when launching Air-to-Surface attacks.

With this tactical equation in mind, the Air Force and Lockheed are taking new steps with software upgrades to the Joint-Air-to-Surface Standoff Missile (JASSM), a weapon which first emerged roughly 10 years ago. The initiative seeks to advance a continued upgrade program to the weapon known as JASSM Operational Realtime Combat Analysis Increment Two (ORCA). This is a technical overhaul program engineered to improve targeting data linkages, graphical user interface with strike data and various computer systems pertaining to the weapon’s launch and attack flight, according to SAM.gov.

The JASSM Extended Range (ER) is the most current variant of the weapon now in use, which also arms B-1b bombers and F/A-18s. ORCA is essentially a functional software upgrade to the weapon, a technical adjustment becoming increasingly common when it comes to weapon improvements. Software upgrades to missiles, launchers, delivery systems and even projectiles such as ground-fired artillery can improve guidance, extend range in some cases, refine targeting or help build in a programmable fuse. Pre-programmable fuses can give attackers newer, fast-adjusting methods of attack such as proximity detonation, delayed explosives or certain kinds of variable yield effects, for instance, with weapons such as air-dropped bombs.

While few details regarding the software enhancements are available, it would not be at all surprising if the weapon were being further adjusted to destroy moving targets. Descriptions of the weapon already cite an ability to hit “relocatable” targets, something which introduces or refers to the tactical advantages associated with striking targets on the move. Improving moving target-guidance with technologies such as laser pointing or increasing levels of autonomy for weapon guidance is an area of great focus for weapons developers. The Sam.gov description of ORCA does specifically cite automation and more weapons are being modified to improve trajectory. Finally, perhaps most of all, upgrades will make certain in-flight adjustments to hit targets on the move in combat. An ability to, for instance, destroy a moving armored column from a fighter jet operating hundreds of miles away brings what might be called a rare and defining technical advantage.

Many weapons, across the services, have been following this kind of upgrade path, including large cruise missiles such as the Tomahawk or smaller interceptor missiles such as an SM-6 or Maverick air-fired missile. Software upgrades to the Maverick, also an Air-to-Surface missile, add a laser targeting technology to the weapon. Also, software changes continue to improve the guidance and explosive characteristics of precision-rounds such as Excalibur. Finally air-to-air missiles such as the AIM-9X and AIM-120D now arming platforms such as the F-22 are now operating with vastly improved qualities due to software upgrades. In some cases, software upgrades can massively change the functional characteristics of weapons systems. In fact, Air Force Acquisition Executive William Roper routinely says that “software” will likely determine who wins the next war.

Overall, it would seem somewhat self-evident that these kinds of changes and upgrades to the JASSM-ER are intended to keep the weapon effective, viable and of course extremely lethal against new threats.