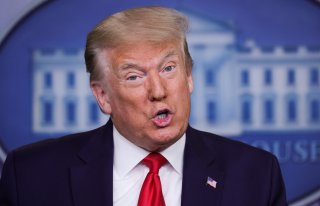 But first, a snapshot of the race at this time.

In the Real Clear Polling average, Biden leads Donald Trump by 10 points, and in many new swing state polls, the former vice president is ahead of the president, too. Biden is more popular personally than Trump. In the June 17-18 Harvard Center for American Politics/Harris online poll, 47 percent had a very favorable or favorable view of Biden, and 44 percent an unfavorable or very unfavorable view. Compare that to Donald Trump’s numbers: 39 percent favorable, 57 percent unfavorable. In the poll, 28 percent had a very unfavorable view of Biden, and 45 percent gave that response about Trump.

One of the things that may be boosting Biden’s overall standing in the match-ups now is the simple fact that he’s not Hillary Clinton. In the final months of the 2016 campaign, Clinton and Trump had similarly high unfavorable ratings. While Hillary Clinton also led in trial heats at this point in the 2016 cycle, Biden’s lead is larger. And on Election Day, 43 percent of voters in the national exit poll had a favorable opinion of her, and 55 percent an unfavorable one. For Trump, those responses were 38 and 60 percent, respectively.

Nothing has changed since Election Day, and both are still viewed very negatively. In the same new Harvard/Harris poll, only 37 percent had a favorable view of Hillary, and 56 percent had an unfavorable one.

In the Harvard Center for American Politics poll, 61 percent said they disliked Trump personally. That response has been at 55 percent or higher in all 19 of their polls since December 2018. If senior voters are moving away from the president and boosting Biden as many recent polls have suggested, one reason may be the likeability gap.

Likeability matters. It’s not everything, of course, and Joe Biden has weaknesses. But the 2020 contest is not a race between two people with similar high negative ratings, and that may matter to the public in November — it certainly could help explain Biden’s lead in the polls.

This article by Karlyn Bowman first appeared in AEIdeas on June 29, 2020.