Only 1 Thing Can 'Sink' a U.S. Navy Seawolf-Class Submarine 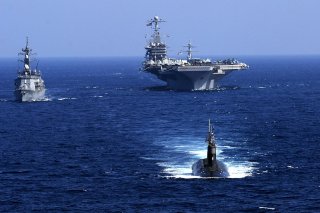 Key Point: The biggest threat to the Seawolf class wasn't other submarines, but its enormous price tag.

This first appeared earlier this year.