"Panther Storm," the Army's Latest Wargame, is the Real Deal 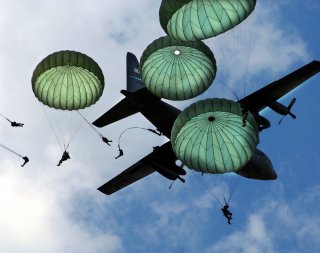 Here's What You Need To Remember: The operation was made possible by technological advancements in the massive C-130 cargo plane, allowing for the quick deployment of its interior.