Project 20380 Corvette: The Future of the Russian Navy? 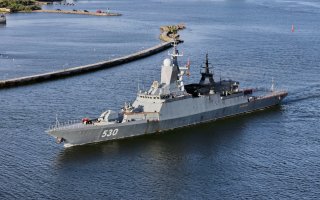 Here's What You Need to Know: The Russian Navy currently operates six of the Project 20380 multi-purpose guided missile corvettes, while two additional warships of the class are under construction.