Quiet No More: China's Military Is Now a Force To Be Reckoned With 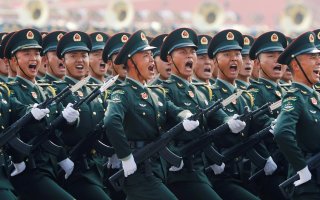 Key Point: China continues to close the gap with the West.