Rapid Response: U.S. F-22s Can Reach Any Target Within 24 Hours 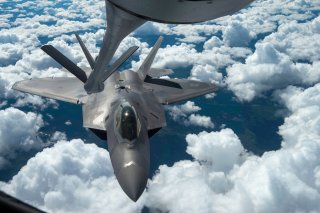