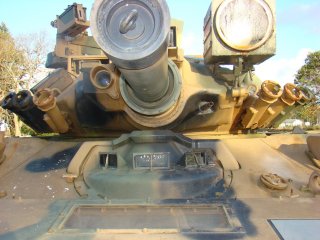 More Prototype Mobile Protected Firepower vehicles will soon be arriving through the Army’s Rapid Prototyping deal with BAE Systems and General Dynamics Land Systems. Each vendor will deliver twelve prototype vehicles for testing and development, a key step toward a 2022 “down-select” to one vendor and the eventual construction of 504 vehicles.

General Dynamics Land Systems is delivering pre-production MPF vehicles to meet the Army’s test and fielding schedule and is looking forward to them being selected for fielding to the Army.

The Army is planning an upcoming series of “soldier vehicle” assessments intended to test the operational effectiveness, weapons capabilities and combat attributes of each vehicle. Army leaders also say the assessments include conducting “live-fire” attacks on the prototypes to assess each’s ability to withstand various kinds of anticipated enemy fire.

The test attacks on prototypes will include RPGs, crew-served weapons, small arms fire and various kinds of cannons and land-rockets. These experiments are intended to fully and accurately replicate combat as part of soldier “lethality tests” of its new MPF platform, senior Army weapons developers have described. Part of these assessments include move-to-contact missions, assault exercises, medium-range fire on static and moving targets—and mobility tests across rigorous, uneven terrain. Army developers will also look at expanding the anticipated mission requirements for the MPF, to include counter-air attacks on enemy drones and helicopters, Army developers say.

Lighter, air-droppable vehicles are able to attack through a wider range of methods but are not well-suited enough for the combat missions expected for the MPF, service developers explained. Army program managers explain the vehicle as a platform that must “be able to withstand a certain threshold of enemy fire.”

At the same time, rapid deployability and speed of maneuver are not, according to many U.S. weapons developers, at odds with high levels of survivability. Scalable armor, long-range sensors, Active Protection Systems and precision, heavy-weight firepower are all factors aimed at reconciling what might appear to be a contradiction. In fact, a Modern War Institute paper, titled Light, Mobile and Many: Rethinking the Future of Armor, suggests that, given the advent of these new technologies, lighter-weight combat vehicles with less armor might become even more important.