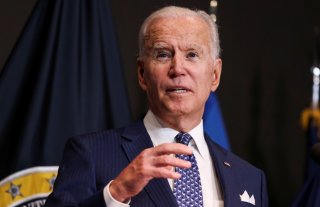 Social Security is a major source of post-retirement income; with the death of private-sector pensions and the difficulty of saving money during the pandemic, social security represents a major source of economic security for elderly Americans. There is little wonder, then, that it is one of the most popular government programs in the United States, with four out of every five Americans in support of maintaining it.

Unfortunately, most Americans know comparatively little about the payments. This is significant, because small decisions early on, such as when to file for one’s benefits, can make a great deal of difference in the long run. Furthermore, an understanding of what Social Security consists of, and how much one can expect to receive from it, can inform one’s spending habits earlier in life.

A recent poll by career website Zety revealed that sixty-eight percent of respondents believed that Social Security payments alone would be enough to support them in retirement. In fact, the average Social Security payment is only $1,500 per month—enough to keep someone above the poverty line, but far from ensuring a comfortable retirement. Instead, nearly all credible financial advisers have recommended saving during one’s working years, ensuring they have a nest egg for retirement. Not all Americans have done this—one-third of respondents to a Vanguard survey conducted in 2020 acknowledged that they had saved less than $10,000 for retirement.

Moreover, fewer than 10 percent of Americans wait to claim their benefits until age seventy—the last possible age to do so. Waiting until seventy increases one’s monthly payments by roughly thirty percent, an amount that quickly pays for itself. Conversely, many Americans promptly begin to receive their benefits at age sixty-two, the earliest possible age to claim them, even though claiming them then comes with a substantial penalty to one’s benefit amount. Social Security payments are indexed for inflation, so there is no financial advantage to taking them right away.

Because the surviving member of a married couple can claim his or her deceased spouse’s benefits if they are at a higher level, it is usually recommended that the higher-earning member of the household hold off on claiming his or her benefits until the age of seventy.