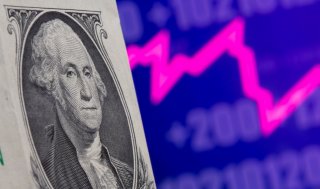 Here's What You Need to Remember: “The strength of the near-term global recovery is largely attributable to a few major economies, such as the United States and China, with many emerging market and developing economies (EMDEs) lagging behind,” the post said.

The World Bank this week released a forecast predicting that the world economy will grow by 5.6 percent in 2021- which the institution describes as “its strongest post-recession pace in 80 years.”

Helping to drive the strength was a stimulus in Western countries, including the United States.

“This recovery is uneven and largely reflects sharp rebounds in some major economies amid highly unequal vaccine access, with many poorer countries facing subdued prospects,” the World Bank said in a blog post authored by Collette Wheeler, the World Bank’s Economist for the Prospects Group.

The World Bank went on to say that the growth is being driven by strength in large economies.

“The strength of the near-term global recovery is largely attributable to a few major economies, such as the United States and China, with many emerging market and developing economies (EMDEs) lagging behind,” the post said. "The United States and China are each expected to contribute over one-quarter of global growth in 2021, with the U.S. contribution nearly triple its 2015-19 average.”

Anything driving the global growth is progress in vaccination from the coronavirus, even if that itself has been uneven as well.

“Global growth in 2021 is projected to be more robust than previously envisioned,” the World Bank said. “Rapid vaccination progress has contributed to forecast upgrades in many countries; however, this is concentrated primarily in advanced economies. For many EMDEs, renewed COVID-19 surges and limited vaccination have contributed to downward revisions to growth.”

As for global output, the World Bank said, it will remain below pre-pandemic projections by next year.

“By 2022, global output is expected to remain about 2 percent below pre-pandemic projections. The strength of the recovery is uneven, and many EMDEs face elevated COVID-19 caseloads and obstacles to vaccination,” the World Bank blog post said.

The Bank also recommended certain types of reforms to further aid the recovery, to bring about a “green, resilient, and inclusive recovery.”

“A comprehensive set of policies will be required to promote a strong recovery that mitigates inequality and enhances environmental sustainability, ultimately putting economies on a path of green, resilient, and inclusive development,” the World Bank said in the post. “Investments in green infrastructure, climate-smart agricultural technologies, and climate resilience—combined with sustainable energy policies—can play a pivotal role in increasing the use of renewable energy sources and lowering greenhouse gas emissions.”

Back in May 2019, we recommended “harsh realism” at the World Bank.

“The new World Bank president should begin his assessment with a strong dose of harsh realism. Other development organizations—like the Asian Infrastructure Investment Bank, BRICS New Development Bank, and Gates Foundation—have emerged with impressive resources, faster processing and more focused agendas,” HIlton L. Root wrote. “The World Bank has relatively fewer funds and multiple missions far beyond its means. Moreover, its operations should be refocused on something attainable and, most importantly, something for which it is uniquely capable.”