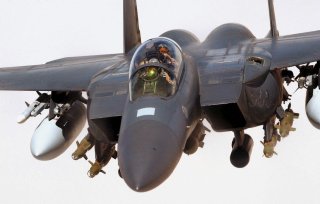 Here's What You Need to Remember: The Air Force is reviewing plans to retire the F-15C/D fleet around the mid-2020s, though a final decision has yet to be made. The proposal’s supporters argue that the F-16 Fighting Falcon can reproduce much of the capabilities of an F-15C jet at a lower cost.