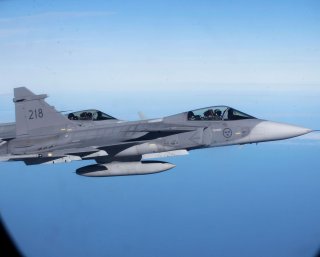 Here's What You Need To Remember: After the 1990s Cold War wind-down, much of the Flygbassystem 90 infrastructure was shuttered or sold, though interest in the basing system has enjoyed renewed interest in recent years.

Though not a member of the North Atlantic Treaty Organization, non-aligned Sweden nonetheless feared an air attack from the Soviet Union during the Cold War. In an effort to preserve the Flygvapnet, or Air Force, in case of a conflict with the Soviet Union, Sweden developed a unique force dispersal concept called Flygbassystem 90, or ≈