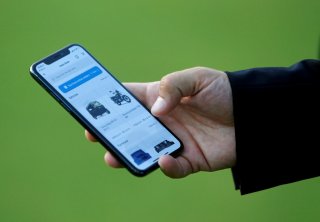 Here's What You Need to Remember: Americans received 4.2 billion robocalls in the month of July. That may be a lot, but it actually represented a 5 percent decrease from the month before.

Everybody hates robocalls, and that’s because almost everyone gets them.

YouMail, which tracks robocalls every month with the YouMail Robocall Index, reported this week that Americans received 4.2 billion robocalls in the month of July. That may be a lot, but it actually represented a 5 percent decrease from the month before.

The number of robocalls received by Americans this year has now exceeded thirty billion, YouMail said.

"We had expected a much bigger decline for the month given the Stir/Shaken rollout on June 30, with its dramatic impact on the ability of robocallers to reach consumers with illegal, spoofed calls," YouMail CEO Alex Quilici said in the announcement. "However, it is a positive sign that calls declined meaningfully on a daily basis, and we'll need to watch closely to see if and when the robocallers find ways around Stir/Shaken.”

YouMail markets itself as a robocall-blocking app, and determines the figures from “extrapolating from the robocall traffic attempting to get through to YouMail's millions of active users.”

Stir/Staken is a new framework for interconnected standards.

“STIR/SHAKEN are acronyms for the Secure Telephone Identity Revisited (STIR) and Signature-based Handling of Asserted Information Using toKENs (SHAKEN) standards,” the FCC says on its website of the new framework.

“This means that calls traveling through interconnected phone networks would have their caller ID "signed" as legitimate by originating carriers and validated by other carriers before reaching consumers. STIR/SHAKEN digitally validates the handoff of phone calls passing through the complex web of networks, allowing the phone company of the consumer receiving the call to verify that a call is in fact from the number displayed on Caller ID.

June 30 was the date that FCC rules went into effect for wireless providers to “implement STIR/SHAKEN in the Internet Protocol (IP) portions of their networks.” By April 2021, all providers were required to “certify in the Robocall Mitigation Database that they have fully implemented STIR/SHAKEN or have instituted a robocall mitigation program to ensure that they are not originating illegal robocalls.”

Texas has emerged as the leading state for stimulus check-related scams, many of which are carried out using robocalls, according to a survey conducted by Hiya, another app that looked at which parts of the country have the most robocall-connected scams.

“The most popular scams attempt to steal the [checks] by telling victims they must verify their information to receive a stimulus check. Scammers also request the victim's bank info to directly deposit the funds that day. Other common tactics include fake companies or government agencies offering loan forgiveness or loan advances if the individual forfeits their stimulus check and fake government agencies claiming an individual’s SSN is no longer active/valid,” said a  TV station report that cited the Hiya data.