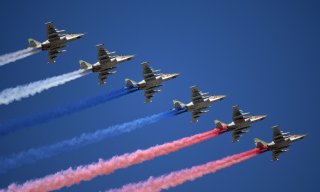 Here's What You Need to Remember: The Su-25 carried out its first combat missions during the Soviet occupation of Afghanistan, flying tens of thousands of bombing sorties against Mujahideen positions.The four-decade-old Su-25 is seldom used for combat operations by the contemporary Russian Air Force but continues to be operated elsewhere across the second and third worlds.