Russia’s Navy Has a New Region of Focus: The Arctic 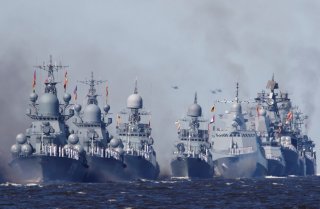 Here's What You Need to Remember: Perhaps the most important part of the eleven-week-long mission was for the Russian Navy to show that its warships can operate for such lengths far from Russia’s littoral waters.

During those exercises, the crews of the two corvettes dealt with the tasks of searching for, detecting, and destroying a notional enemy’s submarine with anti-submarine armament in interaction with the crews of Ka-27 helicopters, which operated from the vessels.