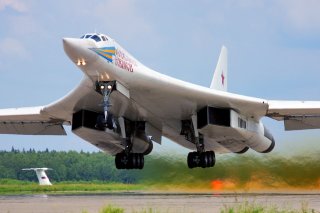 Here's What You Need to Remember: Arming the Tu-160 with Kinzhals is interesting on several levels. First, the bomber is already armed with subsonic Kh-55 cruise missiles, with about a 1,600-mile range, and the newer Kh-102, which has an estimated range of more than 3,000 miles.

TASS is a state-owned news organization, so presumably, the “leak” indicates that Russia either plans to arm the Tu-160 with hypersonic missiles—or wants the rest of the world to think so.