Russia Built Portable Nuclear Bombs or "Suitcase Nukes" (And Some Could Be Missing?) 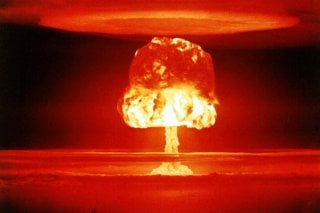 Here's What You Need to Remember: In 1997, a former Soviet general, Alexander I. Lebed, gave an interview to 60 Minutes in which he contended that the Soviet Union had created around 250 suitcase-sized portable nuclear weapons, similar to the United States’ B-54.