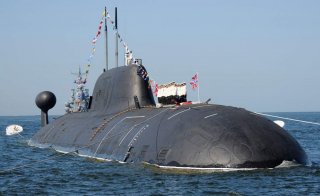 Here's What You Need to Remember: Russia suggests the Poseidon is a retaliatory weapon that would revenge a U.S. first strike even if American missile defenses were capable of stopping hundreds of Russian ICBMs. But even in the unlikely event that the U.S. could intercept 500 or more Russian ballistic missiles, a delivery system that could take days or weeks to reach its target seems hardly an efficient deterrent.