100-Megaton Nuclear Nightmare: How Do You Stop Russia's City-Killer Torpedo? 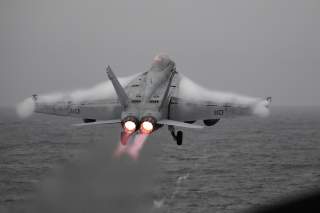 Stopping weapons like Poseidon will likely require Western navies to develop a new generation of torpedoes.

The F-23: The Slick Fighter Plane that Could Have Replaced the F-22