Russia Knows That the Norwegian Military is No Pushover 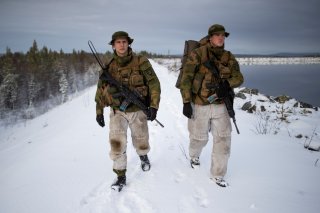 Here's What You Need to Remember: Norway’s new strategy does not alter the air force’s existing plan to acquire 52 F-35A stealth fighters to replace older F-16s plus five P-8 patrol planes to replace P-3Cs. Norway also is buying into NATO’s new fleet of up to nine A330 aerial tankers.

David Axe is defense editor of The National Interest. He is the author of the graphic novels War Fix, War Is Boring and Machete Squad. This first appeared last year and is being reposted due to reader interest.