Russia Looked at Jet Engines & Thought Put it On A Tank... to Fight Fires 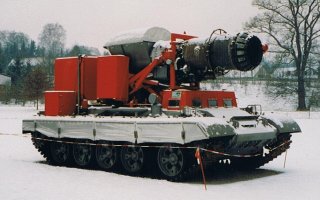 Here's What You Need to Know: Rather than fighting off insurgents, the tank was used to beat down fires.