The Russian Su-25 Frogfoot Terrorizes its Targets from Above 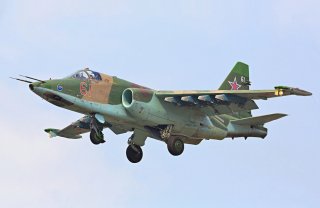 Key point: The Su-25 is the Russian version of the deadly American A-10 Warthog. Here is how it helps Russian ground forces win their battles.