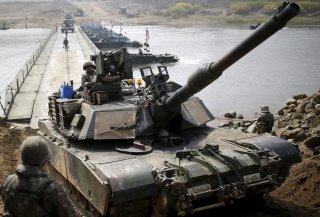 Here's What You Need to Remember: Unlike its predecessors, which were mounted on a tank chassis, the TOS-2 is mounted on the wheeled chassis of the Ural truck with the increased carrying and cross-country capability.