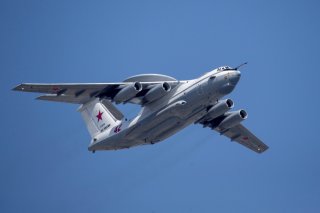 Here's What You Need to Remember: The A-50U is similar to the U.S. Boeing E-3 Sentry in design in function, though it remains to be seen how the two compare in real performance. A specially produced export variant of the original A-50, the A-50I, was manufactured with the Israeli EL/W-2090 Phalcon radar and sold to India.