Russia's Answer to Enemy Military Drones Is This Picture 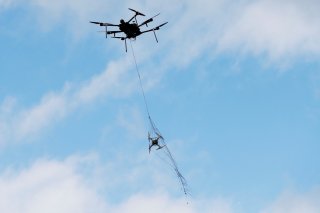 Here's What You Need To Remember: Could specialized drone-launched nets help Moscow secure, and later hack into, enemy drones?