Russia's MiG-35: Just How Good Is This 4th Gen Fighter? 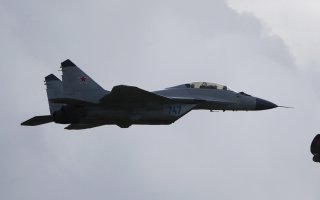 Here's What You Need to Know: Despite its acrobatic capabilities, there is a long road ahead for the MiG-35.

This article first appeared earlier this year and is reprinted due to reader itnerest.