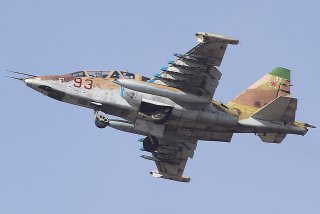 Here's What You Need To Remember: The significant losses suffered by Su-25s demonstrate that without effective air-defense suppression and electronic counter-measures, low-and-slow ground support planes are poised to take heavy losses against Russian-made surface-to-air missiles deployed in sufficient numbers.