Russia's Su-47 Berkut Missed the Mark—But Not By Much 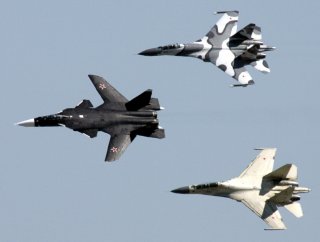 Here's What You Need To Remember: A case can be made for what the demonstrator aircraft introduced, explaining why it is often described as a precursor to Russian’s much stealthier 5th Generation PAK FA Su-57 fighter jet.

Kris Osborn is the Defense Editor for the National Interest. Osborn previously served at the Pentagon as a Highly Qualified Expert with the Office of the Assistant Secretary of the Army—Acquisition, Logistics & Technology. Osborn has also worked as an anchor and on-air military specialist at national TV networks. He has appeared as a guest military expert on Fox News, MSNBC, The Military Channel, and The History Channel. He also has a Masters Degree in Comparative Literature from Columbia University. This article first appeared in October 2020.