Russia's T-80 Tank Is Old, But It Isn't Going Anywhere 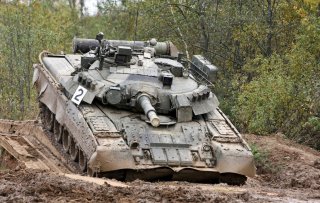 Here's What You Need To Remember: Despite the T-80 series vulnerabilities — and extensive losses — they remain in the inventories of both Ukraine and Russia, where upgrades to armor and fire control systems will likely keep them rolling along for years to come. Who says the T-80 series is history?