On a Scale of One to Very, How Dangerous Is Russia’s Hypersonic Tsirkon Missile? 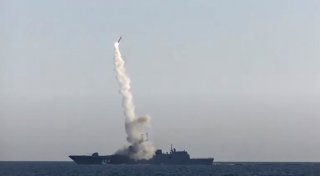 Here's What You Need to Remember: The Russian Navy has reportedly decided to fast-track the remainder of Tsirkon’s state trials, with a flurry of testing activity planned over the course of August.