The Secret (Not Anymore) Story of How Israel Built Nuclear Weapons 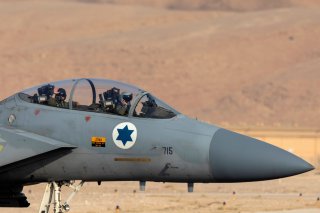 Key Point: In 1958, Israel turned to sympathetic Americans for help.

Although Israel doesn’t officially acknowledge it, it is well understood that the country possesses a nuclear weapon arsenal (although the exact number of warheads are in dispute). It is similarly well understood that the United States opposed Israel’s nuclear weapons program during the John F. Kennedy and, to a lesser extent, Lyndon B. Johnson administrations. One part of the history that is less well known is that much of the funding for Israel’s nuclear weapons program came from private Americans in an effort that was spearheaded by, Abraham Feinberg, a prominent American who served as an unofficial advisor to both President Kennedy and President Johnson.

Israel’s interest in nuclear weapons basically dates back to the founding of the Jewish state in 1948. The country’s founding leader, David Ben-Gurion, was haunted both by the Holocaust and the unremitting hostility Israel faced from its much larger Arab neighbors. Ben-Gurion viewed nuclear weapons as a last resort option for ensuring the survival of the Jewish state in case its enemies ever used their much larger populations and economies to build conventionally superior militaries.

The problem Ben-Gurion and his closest advisors faced was that their young, poor, and relatively unsophisticated country didn’t possess the necessary technological and material resources to support an indigenous nuclear weapons program. Israel’s best hope of acquiring nuclear weapons came from finding a foreign patron. Fortunately for Israel, contemporary circumstances created conditions for it to obtain this support.

Zachary Keck (@ZacharyKeck) is a former managing editor of The National Interest. This article first appeared in 2017 and is reprinted here due to reader interest.