The Secret Reason the Opioid Crisis Keeps Getting Worse 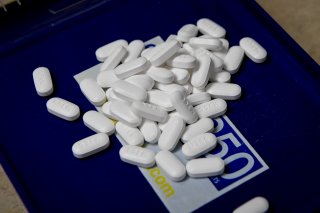 Some, like the editors of the Wall Street Journal, criticize the outcome because roughly 10 percent of the settlement goes toward legal fees. They also argue that the defendants were wrongly accused:

Politicians and plaintiff attorneys claim the companies hooked hundreds of thousands of Americans on opioids with deceptive marketing and negligent dispensing practices to boost their bottom line.

The main problem with this argument is that opioids such as oxycodone require a doctor’s prescription. Thousands of doctors would have to have been complicit in the conspiracy. Ditto the Drug Enforcement Administration, which is supposed to monitor and control opioid shipments by distributors to pharmacies.

They have a point. But the suit was even more misguided because the overdose crisis was never caused by doctors “hooking” their patients on opioids. That’s a false narrative that is convenient for politicians searching for a scapegoat and an easy solution. As I have written before, data from the Centers for Disease Control and Prevention as well as the National Survey on Drug Use and Health show no correlation between the number of opioid prescriptions written by doctors and the non‐​medical use of opioids or opioid use disorder. And Drs. Nora Volkow and Thomas McLlellan of the National Institutes on Drug Abuse pointed out in the New England Journal of Medicine in 2016 that, “Unlike tolerance and physical dependence, addiction is not a predictable result of opioid prescribing. Addiction occurs in only a small percentage of persons who are exposed to opioids — even among those with preexisting vulnerabilities.”

Policymakers and the press continue to confuse chemical dependency with addiction. They are two completely different things.

Research from the University of Pittsburgh shows that the overdose rate has been following a steady exponential growth curve since at least the late 1970s—well before the invention of OxyContin in 1996—with no signs of slowing. The only changes over the years relate to the particular drugs in vogue.

Yet policymakers squeeze doctors and their patients in pain while non‐​medical users of drugs in the black market have long ago moved on to more readily available and dangerous drugs like illicit fentanyl.

This has always been a drug prohibition crisis—not an opioid crisis. The attorneys general can claim a few scalps from the pharma industry, but until we end the war on drugs nothing else will change.