Self-Healing Armor? The Army Is Making It a Reality 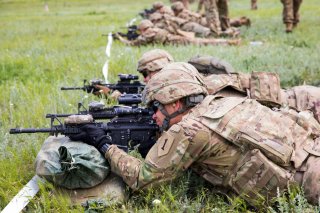 Here's What You Need to Remember: The ARO is exploring the project with Northwestern University which, scientifically, is looking at biological polymers, such as DNA, to generate synthetic materials able to replicate biological functions.