Should Battleships Be Brought Back to Fight against China? 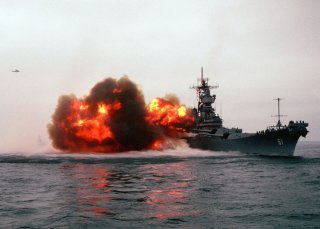 Here's What You Need To Remember: Even if technology provided some solutions to the problems and costs were to drop, it seems the classic battleships like the Iowa-class will stay as museum ships and remain in the past—and thus likely no chance of seeing modernized battleships take on anti-access platforms.