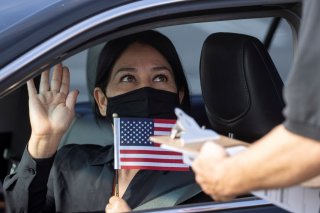 Here's What You Need to Remember: Moreover, the lack of unemployment benefits has pushed many undocumented immigrants to continue work during the pandemic at any cost, even at risk of unsafe conditions. This has meant that undocumented immigrants are one of the groups that have been most affected by the virus in the United States.

Trevor Filseth is a news reporter and writer at the National Interest. This article first appeared earlier this year.