Should the U.S. Military Be Worried About China's Stealth Bombers? 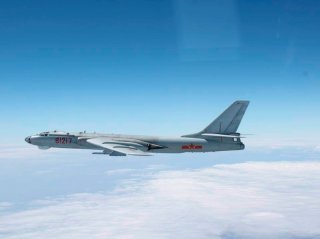 Here's What You Need To Remember: A rough portrait emerges of the JH-XX as a supersonic regional bomber that doubles as a stealthy, long-distance interceptor. With its blend of anti-ship and anti-air capabilities, China’s latest fighter seems even more tailor-made than the H-20 for countering American Carrier Battle Groups.