A Sight to Behold: Watch This Russian Fighter Do A Terrifying Barrel Roll 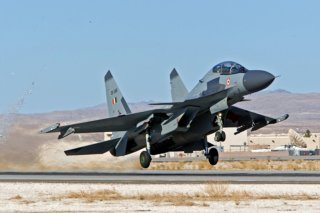 Here's What You Need to Remember: The Knights’ performance illustrates the seriousness with which Russia has treated its LIMA showings.

The “Russian Knights” aerobatic team took to the Malaysian skies last year at the LIMA-2019 Aerospace and Maritime exhibition with one of their most technically demanding performances in years.