Social Security Benefits Delayed? You Can Thank COVID for That 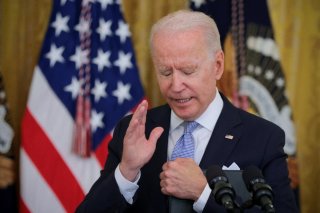 Key Point: As everyone who lived throughout it knows, 2020 was not a good year for the mail. A combination of coronavirus-related delays and government cuts led to delays to the mail that was worth more than anything in recent memories.

The interim report, from the SSA’s Office of the Inspector General, is titled “The Social Security Administration's Processing of Mail and Enumeration Services During the COVID-19 Pandemic.”

“SSA has no performance metrics and does not maintain management information on the volume of incoming, outgoing, or pending mail. Consequently, the Agency does not have sufficient information to enable it to adjust staffing levels to ensure mail is processed timely,” the report said. “SSA lacks comprehensive policies and procedures to track and return original documents— including driver’s licenses, birth certificates, passports, and naturalization documents—that customers provide as proof of eligibility for benefits or a Social Security number card.”

As a result, the report said, some offices have significant backlogs of documents.

This has also been the case with benefits themselves.

There was also an issue with the storage of documents.

“While all SSA facilities were locked, some offices stored original documents in unsecure locations, such as desks and bins. In addition, employees at three offices informed us the U.S. Postal Service or special carriers left mail or packages, which may have included original documents or personally identifiable information, outside the offices in publicly accessible areas after business hours and over the weekends.”

The OIG, CNBC reported, is “working with management at the Social Security Administration to address these issues.” Final reports, following up on this interim report, will arrive later this year.