Social Security May Die Long Before You Do 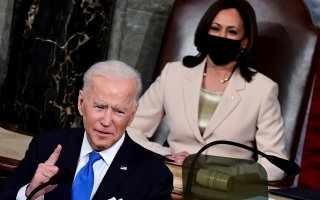 Here's What You Need to Know: Congress will need to take action by increasing Social Security taxes or providing for modest benefit cuts.

The onset of the coronavirus pandemic brought serious challenges to the U.S. economy. As lockdowns entered effect and Americans sheltered in place, thousands of businesses closed and millions of Americans were temporarily or permanently put out of work.

At a higher level, these drastic changes also caused consternation about the future of Social Security. The program’s trust funds, which are heavily invested in government bonds to free up the money for other use, were running low. It was feared that the economic downturn would negatively affect the Social Security Administration’s funding, forcing possible reductions in benefits or agency services; while the trust fund was slated to run out by 2035 before the pandemic began, the increased spending it caused moved the date forward to between 2029 and 3033, according to a study by the Bipartisan Policy Center.

These fears have largely been placated. In spite of the pandemic, the economy as a whole has continued to improve, increasing the payrolls—and consequently the tax payments—of middle- and upper-income Americans and putting the Social Security Administration back on track. However, the program is still running a deficit, and to keep the trust fund from running out, Congress will need to take action by increasing Social Security taxes or providing for modest benefit cuts.

In the shorter term, Social Security payments will be increased to account for inflation and the increased cost of living. These increases take place every year and are known as “cost of living adjustments,” also known as COLAs. While they increase the dollar amount of the check, they cannot be understood as increasing the value of it, but they do keep the checks from becoming worth less over time.

The annual COLA is based on the annual Consumer Price Index (CPI) put out by the U.S. Bureau of Labor Statistics. The bureau examines the cost of a basket of commonly purchased commodities, such as food, rent, and entertainment costs. By calculating the increase in these prices, the CPI can calculate the inflation rate, and consequently the amount that Social Security checks must be increased by to cover the same expenses.

In most years, the increase is fairly modest. Starting in January 2021, benefits were increased by 1.3 percent, in part due to low inflation from the downturn. However, as the economic recovery has continued, inflation estimates have increased; in 2022, the increase is speculated to be 6.1 percent—the largest single-year increase since 1983.

Again, this theoretically will not actually be an increase in Social Security’s nominal value—but it might feel like one.