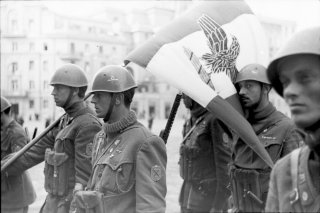 Here's What You Need to Remember: The determination of the leaders and men under these conditions was astonishing. Despite the impossible odds, regardless of how many of their comrades has already fallen, the men of the 36th continued fighting.

Editor's Note: You can read Part I here.